People From Our Past... People in History from Our Community

Youngster survived tomahawk attack - July 1863
In a graveyard somewhere near Kaipaki, between Cambridge and Te Awamutu, there was a headstone marked Joseph Coates Wallis 1849-1933.
Joe Wallis was born into a pioneer farming family at Wairoa, south Auckland, at place now known as Clevedon at a time when only few small farms had been carved out of the heavy native forest.While his mother and younger sister managed the little house and garden, Joe joined his father on the farm, milking a few cows, raising pigs and clearing the land.
None of the settlers or the militia groups were aware that a fighting force of Ngati Maru from Hauraki had answered the call for assistance against the Pakeha invaders from Rewi Maniapoto and had occupied a disused pa called Rawatiroa. They were led by Matiu and Te Taka who were armed with relatively new percussion cap carbines instead of the usual Maori flintlock shotguns. Their objective was to disrupt the flow of munitions and supplies to Cameron’s army and, if the opportunity arose, to kill any Pakeha men they found in the district.The lumbering dray and the two Pakeha with it were legitimate targets and the first volley killed Hamlin. Joe attempted to wheel his horse and gallop to safety but the ageing hack refused to move amid the noise and confusion, Joe jumped down and made a run for safety but was caught and felled with several tomahawk blows.The muskets shots had been heard by farmers about a mile away who assumed it was militia men out shooting pigeons and the scene of the attack was not discovered for several hours.
The abandoned dray and the body of the bullock driver was discovered by Joshua Goulding, who was searching for some missing dairy cows. He raised the alarm. A party of armed men returned to the scene and found Joe with the side of his skull an exposed mess of mangled flesh, congealed blood and bone chips but still breathing.The still- conscious boy and the dead bullock driver were loaded on to the dray which bumped and thumped along the rough track for several hours before reaching Papakura. There, Alexander Thompson, a surgeon with the Royal Irish Regiment, spent the rest of the night cutting away torn tissue, removing bone fragments and stitching skin across the huge open wound.  Joe survived.
In his later years Joe Wallis moved even further south to a farm at Kaipaki, where he died in 1933, aged 84.
Our Heroes from WW1
AUCKLAND WEEKLY NEWS
21 OCTOBER 1915

'Pukerimu and Kaipaki can lay claim to be among the oldest settled portions of the Cambridge district. Following the cessation of active hostilities with the Natives, sections were granted by the Crown to soldier settlers. The possibilities of the country on the south side of the Waikato River were recognised, and so came such early pioneers as the Fisher brothers, J Gane, Scott, Parr (father of Sir James Parr, the High Commissioner [1936], who was born at Pukerimu). Other early settlers were D Caley, Walker, Wallace, P Cooper, Buttle, J Fitzgerald, Cowley and others.'

'Here, as in other parts of the district, the settlers experienced all the difficulties of early settlement, but they were good farmers and they laid the foundation of a pastoral district that would be hard to beat anywhere in the Dominion. Back in 1875, the settlers took action to provide educational facilities for their children. Early in the following year the old Pukerimu school came into being, as a result of the gift of a site by the late R Fisher at Walker's Gully. The old school served its purpose faithfully for 46 years, then being replaced by the existing school nearer the Kaipaki end. The first regular committee of the school was Messrs. D Caley, E B Walker, R Fisher, A Wallace and Jas Gane.' 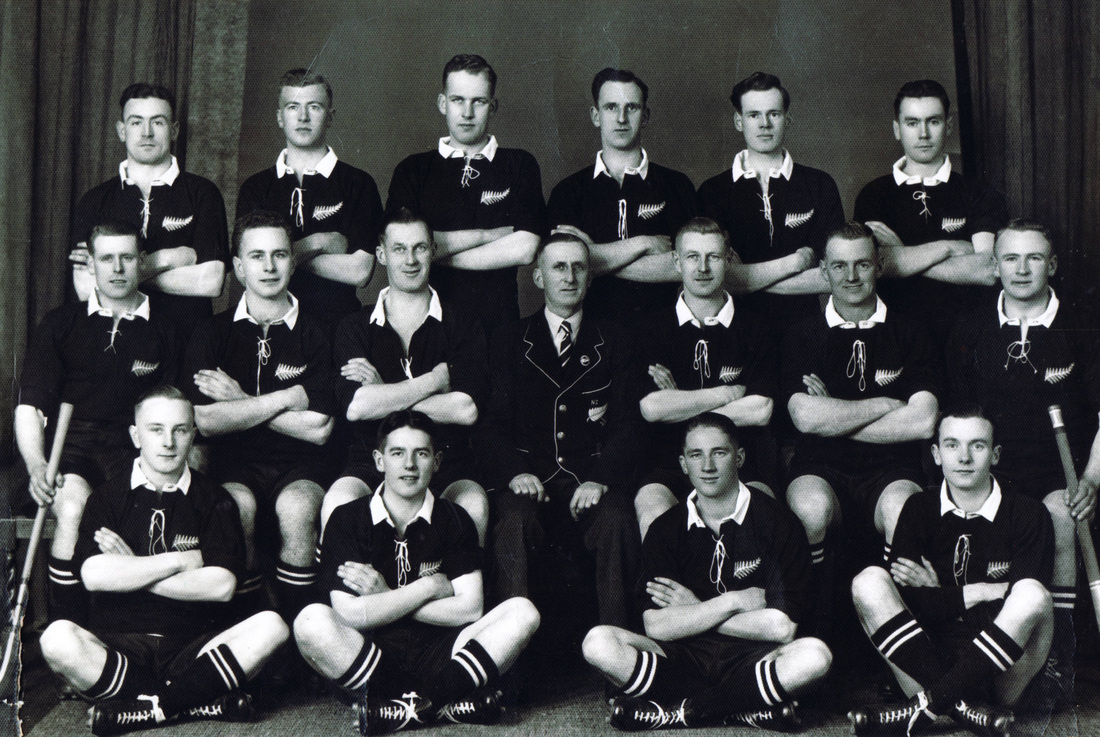 Date of Birth: 26th of May 1924, at Frankton, Hamilton
Personal Details: Thomas was the son of Mr Thomas T. Thwaite (snr.) and Mrs Josephine Thwaite (nee Coyle) of Kaipaki. He was educated at Ohaupo School, and on leaving he worked on his father's Kaipaki farm.

His airmindedness must have been keen as he was a member of No. 7 (Hamilton) Squadron of the Air Training Corps, and he was still a member of this at the time of making his application for RNZAF service on the 20th of May 1942.

Service Details:
On the 25th of January 1945, Tom and his crew were posted to No. 50 Squadron at Skellingthorpe in Lincs., where as navigator aboard Lancasters he completed 14 operational sorties over enemy territory. The targets included Karlsruhe, Politz, Dresden, Bohlen (twice), the Mitteland Canal, Ladbergen, Dortmund, Lutzkendorf (twice), Whurztburg, Wesel, Farge and Molbis (all in Germany).

Details of Death: Flight Sergeant Thomas Thwaite was the Navigator of the crew of a Lancaster bomber of No. 50 Squadron which took off from Continental Europe on the 26th of April 1945. The aircraft crashed at the Hardingstone Lodge Farm in Northamptonshire, while returning from a ferry flight Europe. Tom was aged 20
Buried: Thomas was buried in Plot H/3, Grave 94, of the Botley Regional Cemetery, Oxford, with Service Honours 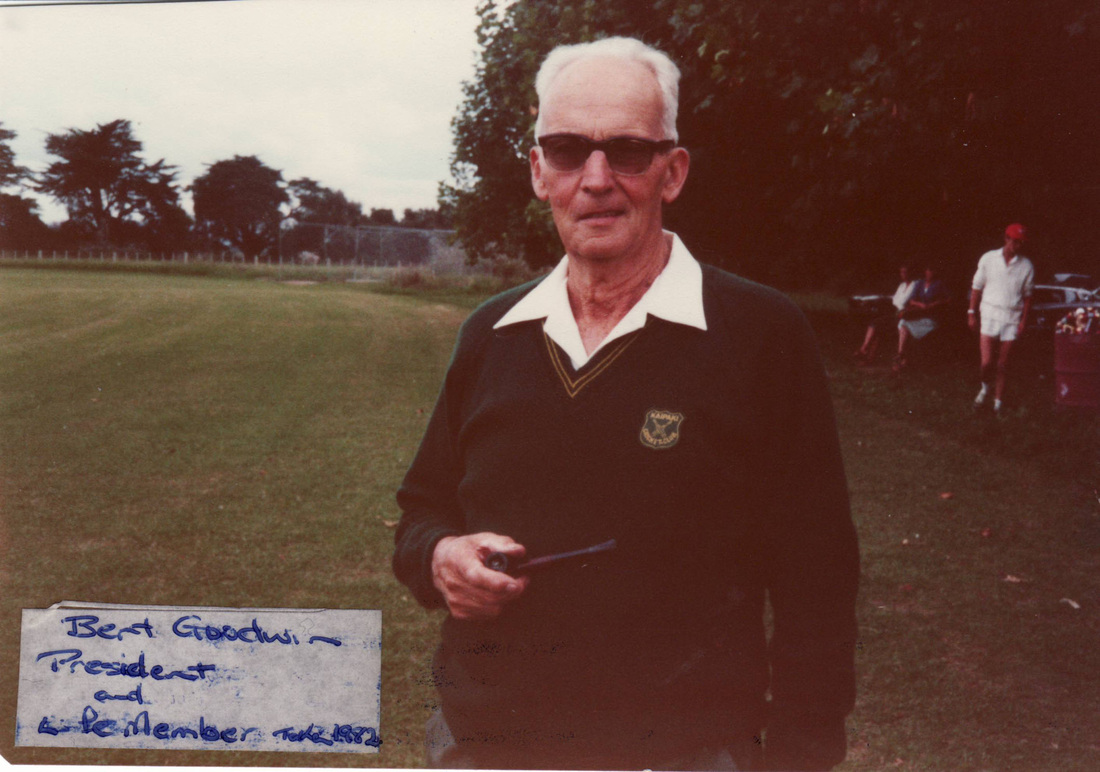 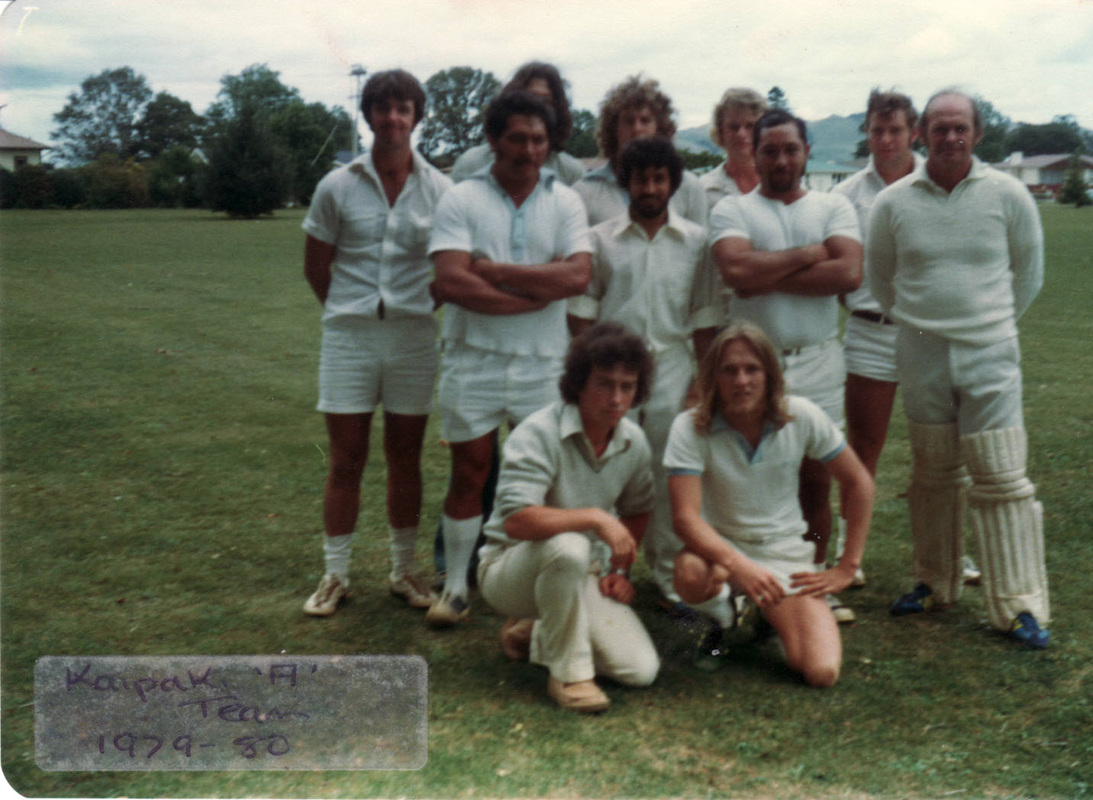 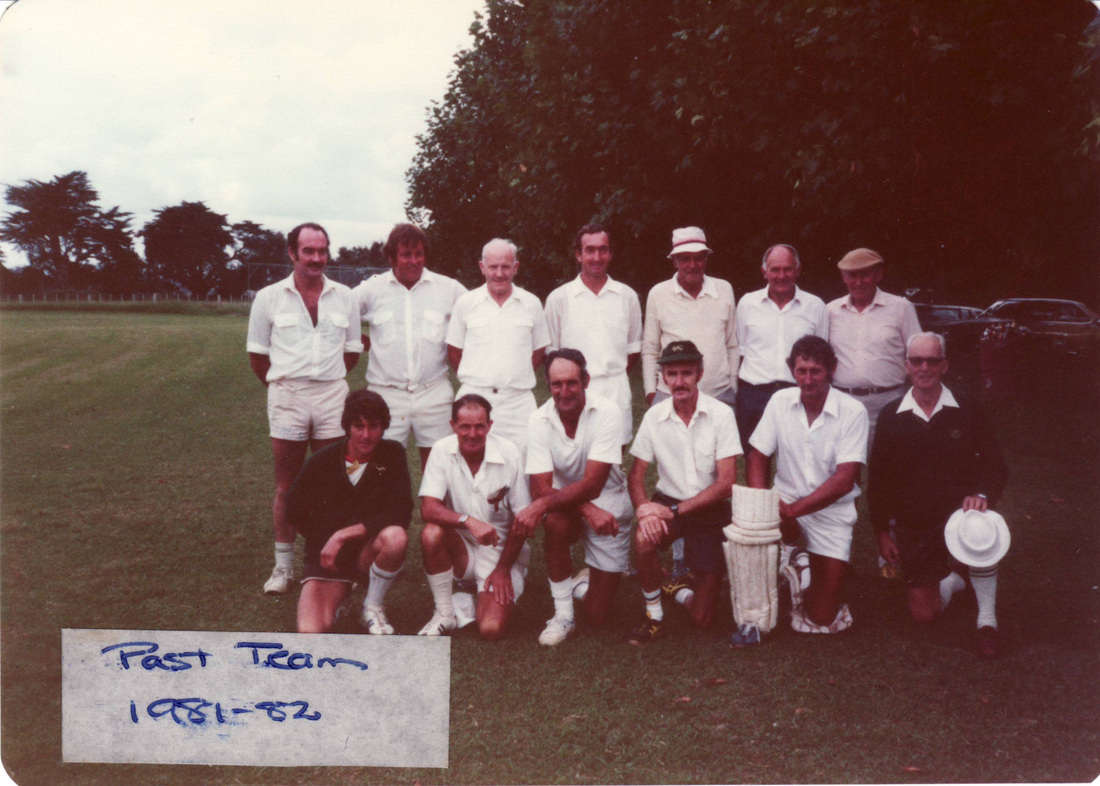 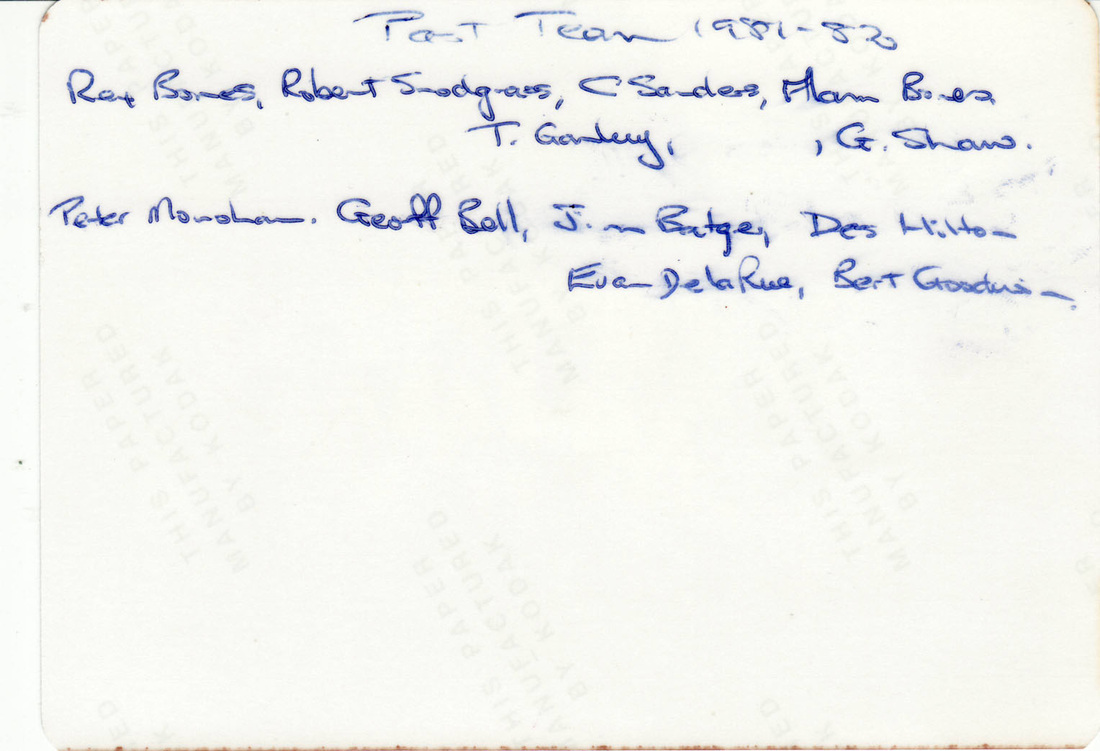 Opponents of Valley Sand Supplies' plans to expand its Pukerimu sand quarry say it is threatening Maori historical sites.
Valley Sands has applied for resource consent to expand its Cambridge Rd quarry, along with greenwaste composting, a cleanfill landfill, demolition materials recycling and a refuse transfer depot for inorganic waste. A group of neighbours have formed the Pukerimu Preservation Society to oppose the move and say the company is not following the consent conditions already in place.
Group member Colin Deacon said he was concerned the company could be damaging pre-European soil structures and borrow pits' on its newly acquired land facing Kaipaki Rd.
The south side of the Waikato River has many areas of soil modified by Maori. Borrow pits are hollows where pumice and similar material were dug up and spread into the surrounding soil, raising the soil temperature to improve growing conditions. "
The Opening - 26th February 2011 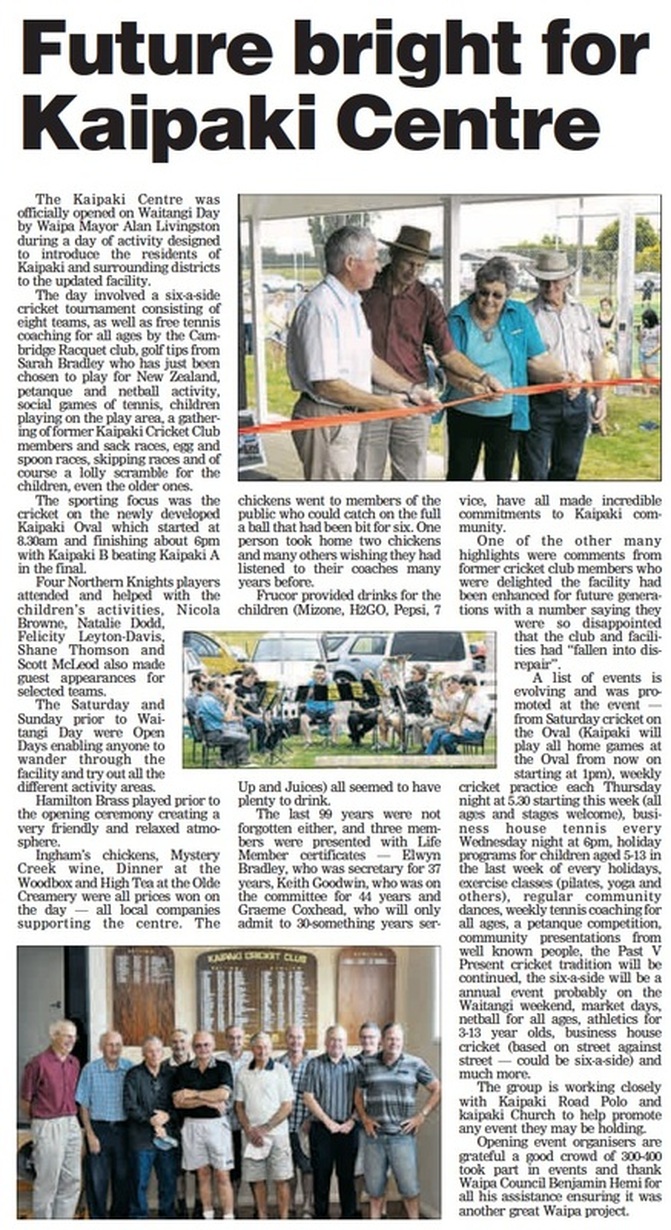 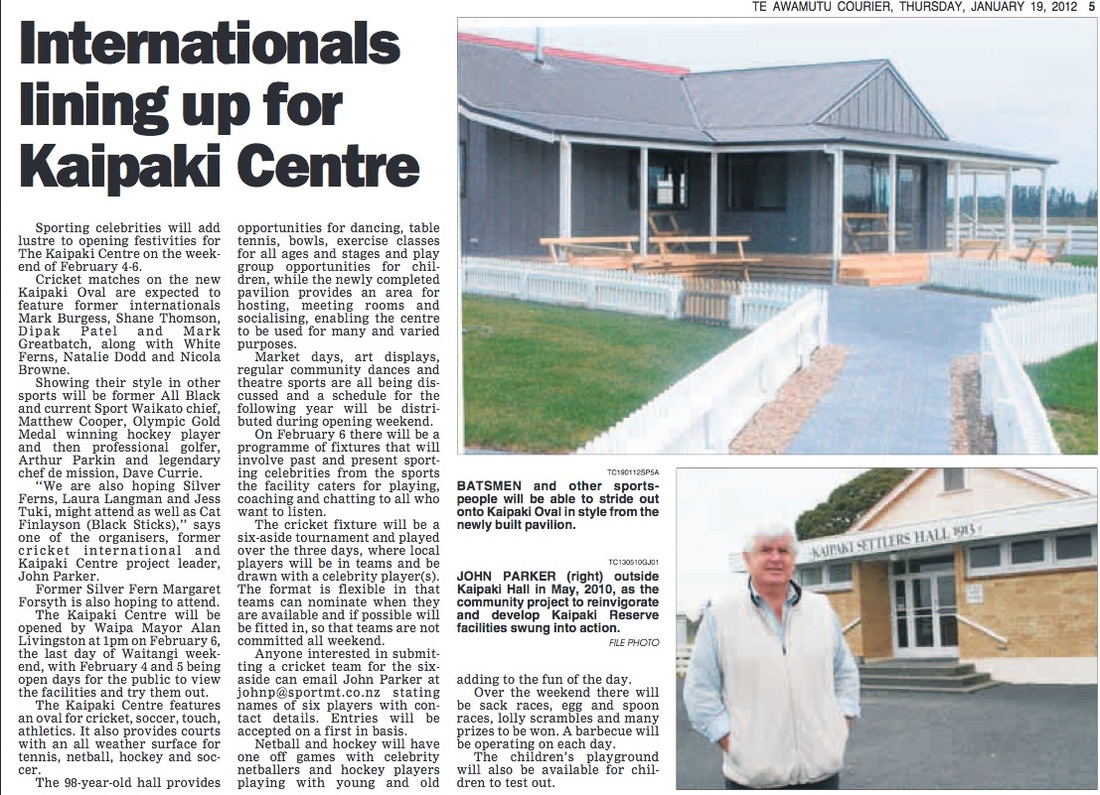